Photography Courtesy of the National Cathedral

Charles Ziegler Lawrence has worked during the past fifty-six years in many of the major East Coast studios in the United States and served for almost twenty years as the premiere designer for Willet Studios. He is also responsible for creating five of the stunning windows that are part of the glass art at the National Cathedral in Washington, D.C.

This article was originally published on page 8 of the November/December 2012 issue of Glass Art.
Back issue magazine Digital Issue and CD available. 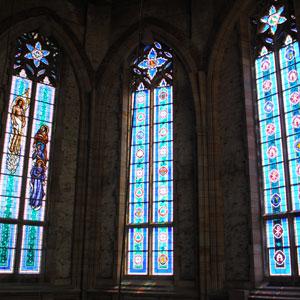